And at a measly cost of 100 gold coins no less! Oi vey! Wait, huh? What am I yapping about? Well, if you don’t already know, go sign up for an account at Club.Nintendo.com and register your Nintendo products. You’ll be rewarded for every serial number you enter with some adorable little gold coins that can be exchanged for fabulous prizes including posters, pen cases, notebooks and yes, 20 year old video games. 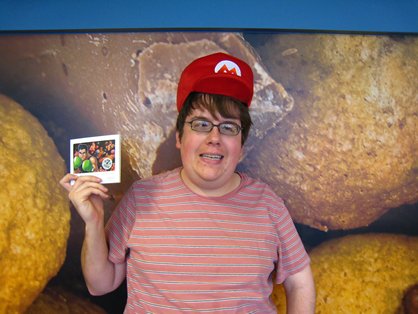 See? Just have a look at that satisfied custom-wait. Jbond? Ok, let’s cut the shit here. Most of the stuff that’s up for grabs at that site make the reward station at Chuck E. Cheese look like a Tiffany’s. But every now and then something cool will pop up and then instantly disappear like when they offered up a gold nunchuk controller or that Kirby anniversary coin that I totally blew it on. For a while now they’ve been rotating out Wii Virtual Console and 3DS eShop games as downloads and as you can see by reading the title of this post, Pilotwings is the current Belle of the Ball. If you aren’t old enough to buy your own cigarettes, it’s a 16-bit flight simulation game that will shower you in that wonderful early SNES atmosphere and who’s challenge level will truly put your controller tossing skills to the test. Here, have a look at some gameplay and see if it’s something you’d be interested in:

Doesn’t that look fun? Man, I love me some mode-7. Anyway, here’s a protip for those of you not convinced you should be spending hard earned coins on video games instead of a Peach-themed pencil pouch: After you download one, a few days later you’ll be asked to fill out a post play survey which will earn you back some of the coins you spent. Yeah I know, awesome right? But look: Do me a favor and don’t spread that around, k buddy?