An image from a retail circular posted on Something Awful by a user named Wee Bairns and duplicated below seems to confirm the existence and launch of a redesigned Wii system just in time for Christmas chaos. The redesign, redundantly christened Wii Mini, will retail for [UPDATE: That appears to be a sale price, MSRP is $99.99] starting December 7th, and looks to be designed for reduced manufacturing cost as well as size [UPDATE: It seems to be exclusive to Canada for now, thanks Garret]. The ad states that it includes “basic Wii functionality,” and Wee Bairns mentions that the fine print of the ad seems to indicate that Nintendo might have cut out the Internet capabilities (WHAT INTERNET CAPABILITIES, AM I RIGHT?) The sub-$100 price point promises to make it an attractive option for those looking for an inexpensive but capable game system to put under someone’s tree, as well as rabid fanatics who want a full set of matching remotes and nunchuks to go with their red Super Mario Bros. 25th Anniversary Edition Wii consoles. 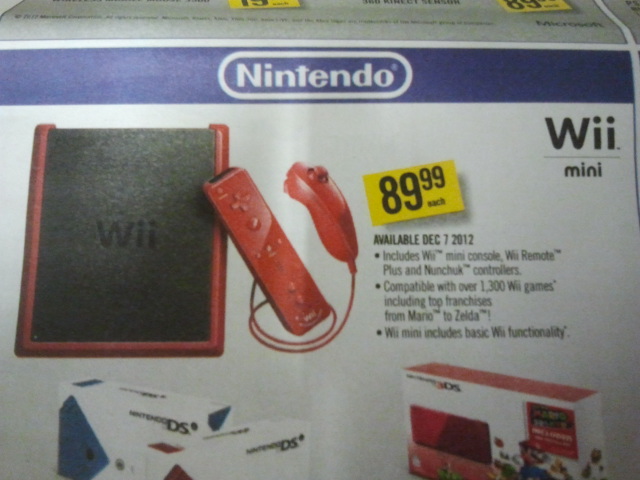