Batman Returns is a 3-Dimensionally challenged sidescrolling beat ’em up where players assume the role of the Dark Knight as he attempts to murder hundreds of criminals before the Penguin steals Christmas. This is one of those games that as a kid I wanted more than anything but since I was never given Nintendo related gifts outside of my and the lord daddy Jesus’ birthday, it was one of many to slip through the cracks. Well I finally got my hands on a copy not long ago, played it and now I’m writing a little something. 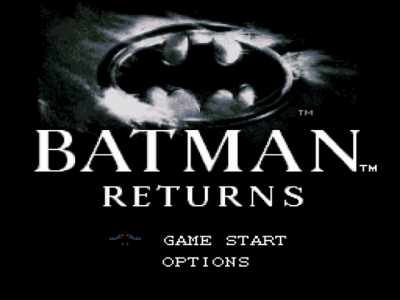 This thing hit store shelves at a time when Konami was kicking some serious 16-bit behind. In addition to incredible entries in both the Castlevania and Contra franchises, they were also knocking out great games based on licensed properties like Tiny Toons and the Ninja Turtles (note to self: half ass review Turtles in Time at some point). All of them featuring fantastic graphics, sound and controls that still hold up to this day. So how does this SNES adaptation of the 1992 Tim Burton sequel to his movie based on Bob Kane’s creation fare? It’s incredibly shallow, mind-numbingly repetitious and a lot of fun. 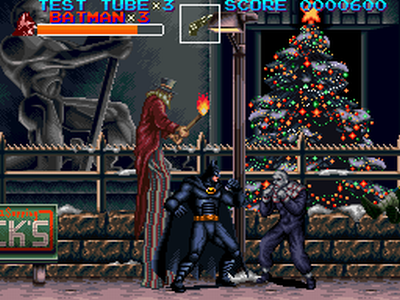 If you’ve ever played a Final Fight game in your life then you know exactly what to expect here. You walk around from level to level administering every flavor of pain known to Earth upon anyone that walks on your side of the street. It sounds simplistic and it really is but these games have always had a visceral appeal that is probably pretty obvious. And while Batman Returns is a blatant clone of the dozens of entries in this genre that precede it, there’s one critically appealing difference it has going for it that none of the rest can offer: You’re the Goddamned BATMAN. 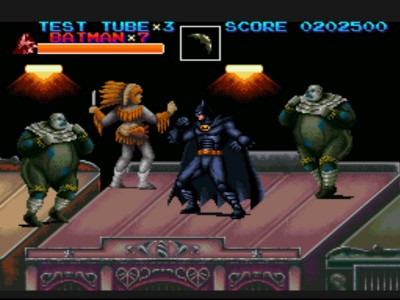 As stated before, the video/audio experience Konami delivers here is incredibly appealing. Even if old Bats himself comes off looking a bit, shall we say…”chunky,” the animation, color scheme and faithfulness to the production design of the movie (Bo Welch), really make for a pleasant atmosphere with which to beat up women dressed as Indians within an inch of their lives to. In addition to that feature (not listed on the box, mind you), Batman Returns makes the small but appreciated effort of including the occasional Mode-7 Batmobile stage that goes a long way toward mixing things up. How nice of it. 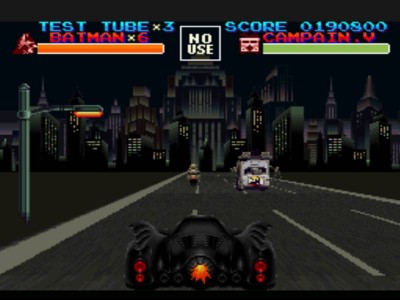 The game also does a really fine job of following the general plotline and locations established in the movie. Sure there isn’t a level that lets you tear your house apart and sew your own leather Catwoman costume from scratch but who hasn’t already done that in real life? There’s one really cool bit early on that I just love. When you’re confronted by the clown holding Selina Kyle at taser-point, you can actually shoot your bathook thing into the wall behind him and tear a chunk out that cracks him on the head. It doesn’t knock him out like in the movie or anything and you still have to fight him for a little while but I think it’s a nice touch. 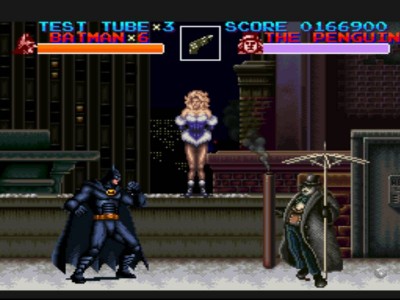 Just look! There’s that annoying ice princess that is about to paint the pavement in a few seconds pictured above and the oddly endearing Duck-boat thing that the Penguin pilots around below. Man, this was one seriously weird movie. 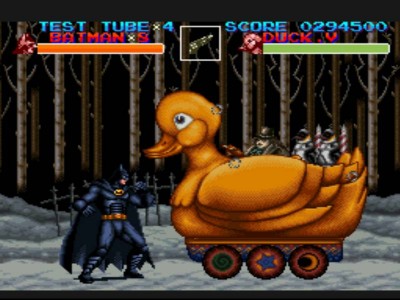 As you can tell, I’m pretty fond of this game and am yapping about it because we are now resting comfortably in the loving arms of the Christmas season. Batman Returns is a movie that I…uh, return to every December and thanks to Konami, have a great game to play alongside it each year. 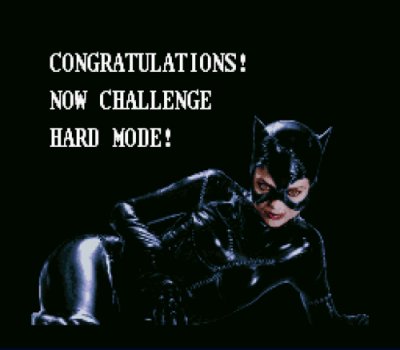 Um yeah I’m pretty sure with that getup every mode is hard there, sweetheart.

Batman Returns for the Super Nintendo will be released in April of 1993 at a suggested retail price of $69.99.