The final issue of Nintendo Power, Volume 285, hit newsstands on Tuesday, and my subscriber copy has still not shown up. I reported the issue missing, and as consolation Future extended my subscription an extra month, to August 2013.

I decided to go out and buy a copy on Wednesday. [EDIT: And my subscriber edition came the next day, naturally.]

Starting with the Pulse letters pages the entire issue is devoted to a look back at Nintendo and the history of Nintendo Power, except for the Reviews section where a good chunk of the launch titles for the Wii U are the sole focus- which seems as nice a place to end as any. Three large features in the middle make up the bulk of the issue: a list of the 285 best games to come out for Nintendo hardware in the US, a year-by-year look at Nintendo Power through the years, and a section of reminiscences from some of the past and present editors and writers. I’ve picked out some things of interest from my read through the issue and they are just beyond that blue link that keeps them from cluttering up the front page, or are just below if you clicked on this article directly. 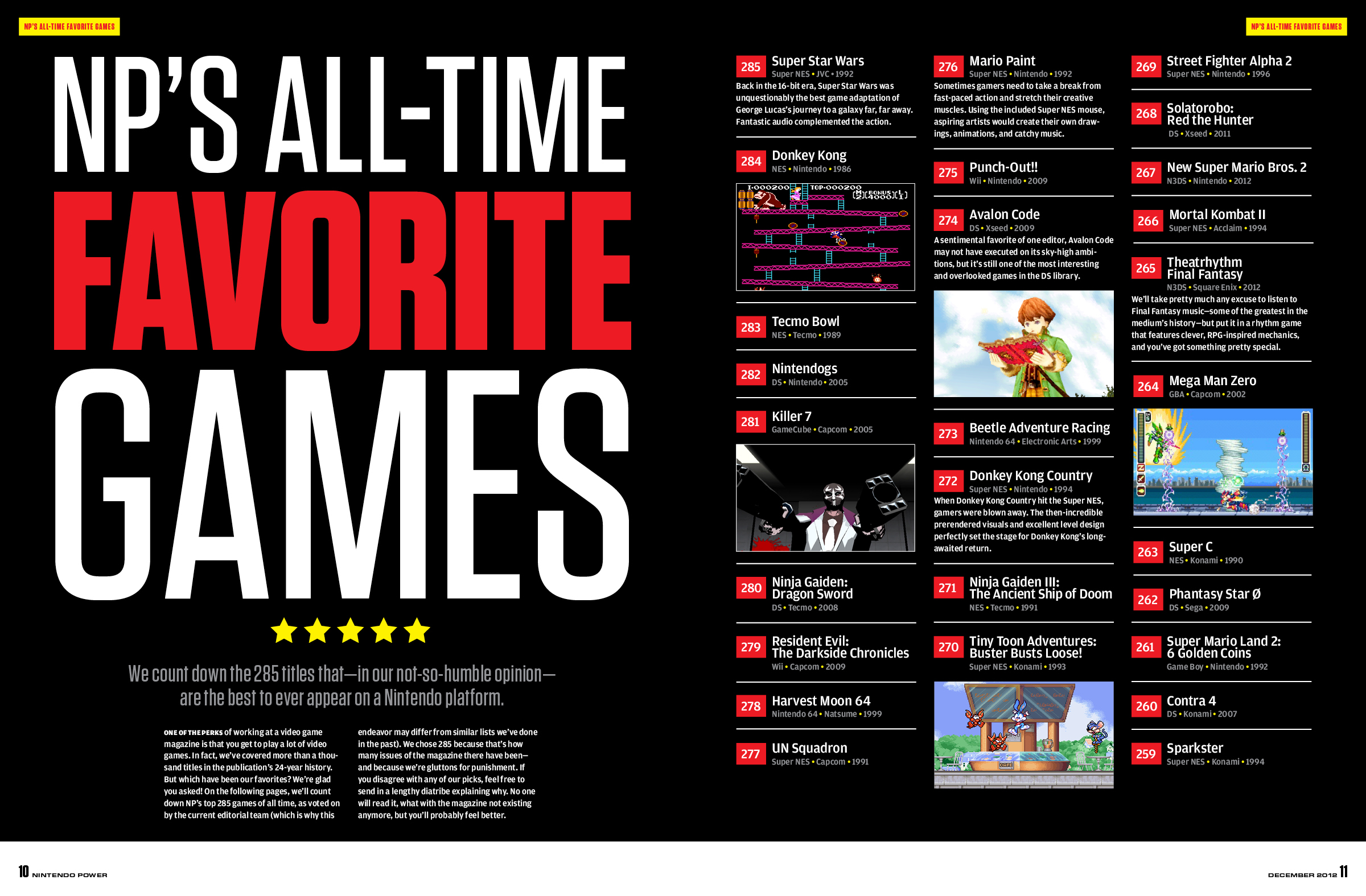 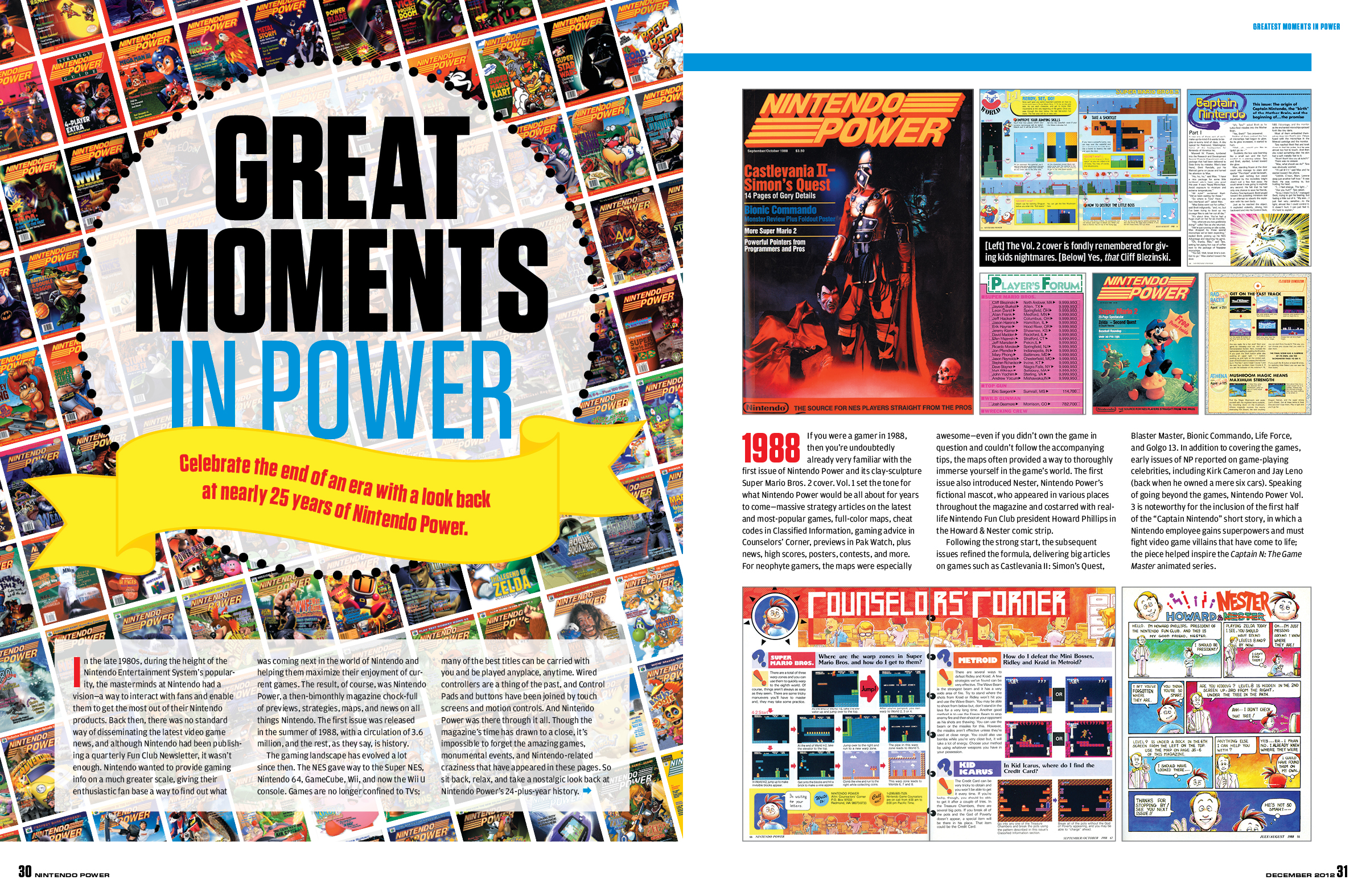 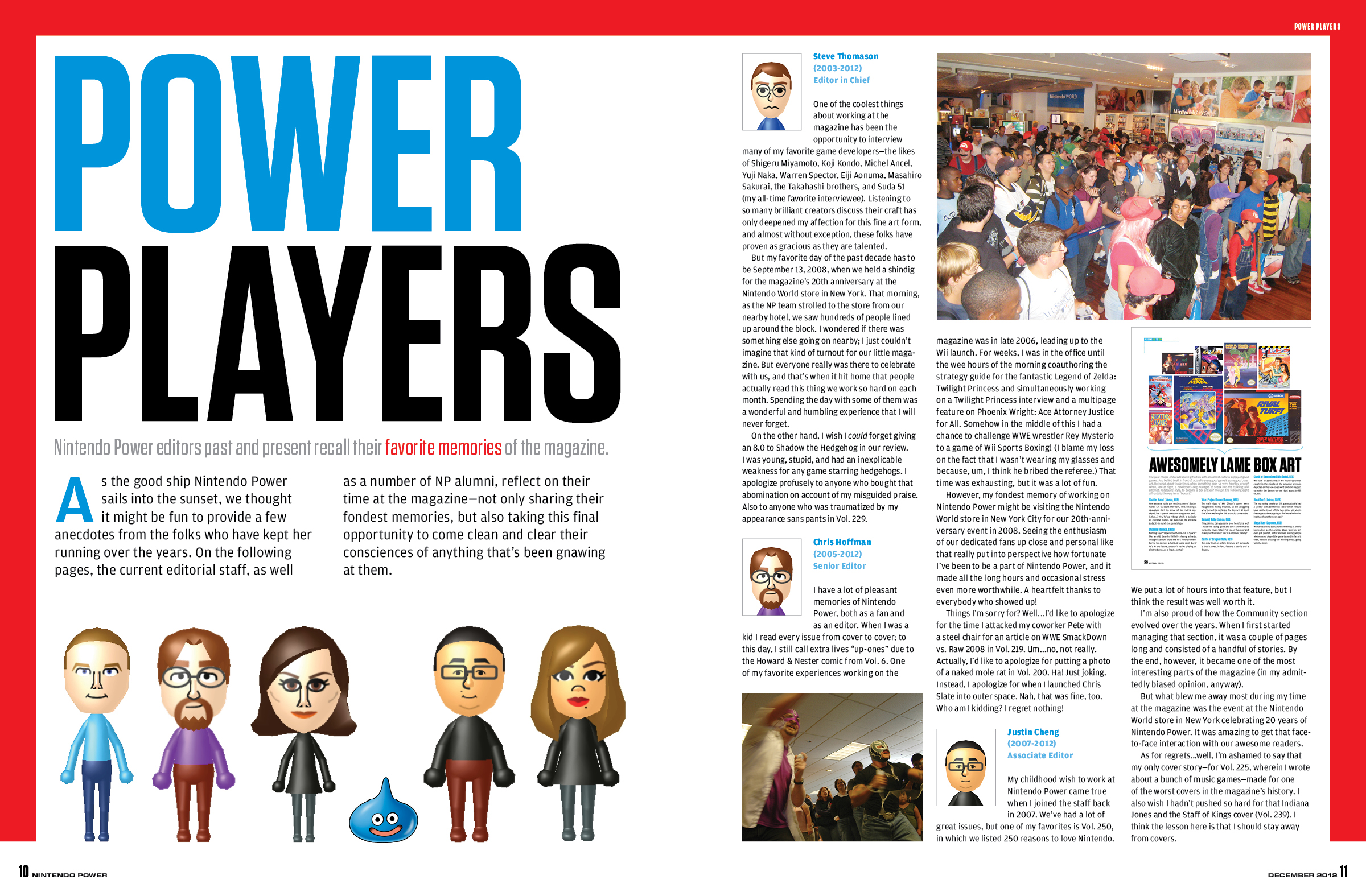 So that’s that, then. Given the amount of space they had to work with, the Nintendo Power staff did a great job turning the final issue into a love letter to the magazine’s entire run. All of the little peeks behind-the-scenes and call-outs to some of their stranger decisions, scattered mentions of obscure games, and imagery add up to a wonderful and warm celebration of the Nintendo Power era. It’s almost enough to make me misty-eyed. If you’ve ever been a fan of the magazine at one point or another and don’t subscribe, then by all means be sure to go out and pick up the final issue. In the meantime, check out this fantastic new Gamasutra interview with Howard Phillips and Gail Tilden about the inception of Nintendo Power and the early years.