There’s a strange and unusual obsession pumping through my brain regarding the Punch-Out!! series despite the fact that I’ve never in my entire life beaten the NES incarnation (Old Man Popinski it seems, will forever have my number). I’m pretty sure this fascination started back when the Chuck E. Cheese pizzeria I used to frequent as a kid taught me my first lesson in how to knock out an ethnic stereotype. Oh, and they also had the original arcade cabinet hanging around back near the skee-ball machines. There was something really special about that wireframed Little Mac you controlled and those larger than life enemy sprites at your fists’ disposal. It made the inevitable home console adaptation a must own which offered the added bonus of including the at the time world heavyweight champion Mike Tyson as the end boss of the entire game. That unfortunately didn’t last of course and after a few years “Iron” Mike was permanently replaced with some generic cracker going by the name of Mr. Dream. Turns out Nintendo decided to not renew the real life champ’s contract because they weren’t 100% cool with all of that wife-beating stuff. I guess that makes sense. Good thing they jumped ship before the public display of cannibalism. 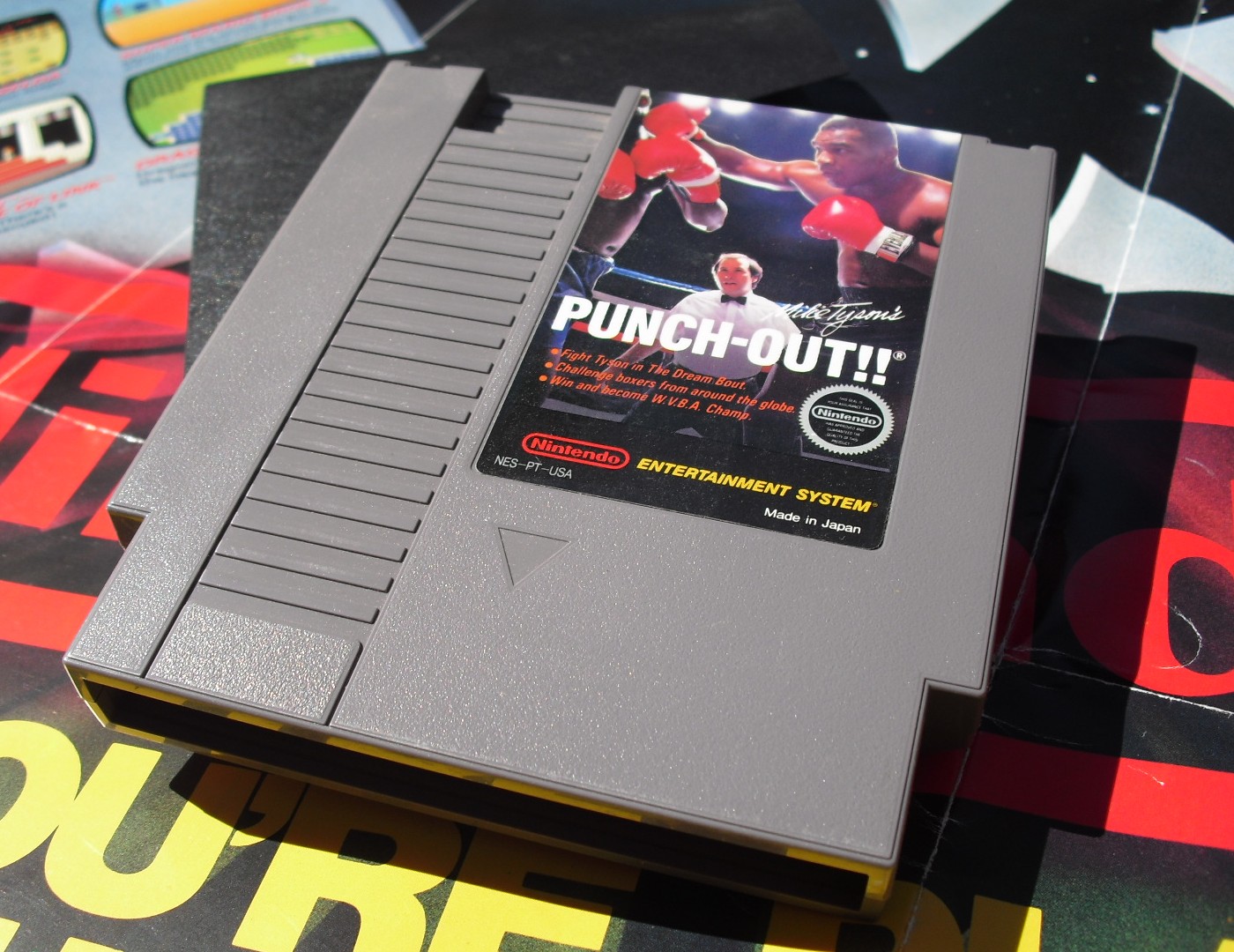 These days a copy of the original cartridge pictured above isn’t so hard to come by and very cool to have hanging around your room (Thanks ANC). Especially considering that every other way to own or play it outside of that pak is Tyson-less. I mean I guess you could always emulate a ROM or something but you know what I mean, you terrible person you. Anyway, it really doesn’t matter how you get your hands on it because Punch-Out!! for the NES is nothing short of a stone cold classic and a game that I’d gladly buy over and over again (and do regularly!). Which is great news because as of before this paragraph its available in the Wii U’s eShop for the next month at a closeout cost of 30 cents! So how about you stop reading this, get in there and download it already? There’s some business I need to handle.

I’m coming for you, you alcoholic bastard.

One quick thing I want to mention was that in writing this post I realized that when the Genesis hit North America, the 16-bit fighting game James “Buster” Douglas Knockout Boxing was heavily promoted in commercials early on. Douglas of course being the first boxer to strip Tyson of his crown and put an end to his undefeated reign of terror. Nice job sega marketing team, that’s some pretty heavy shit.