When it came to useless peripherals, the original NES and Game Boy were never in short supply. There were all kinds of third party products attempting to hop aboard Nintendo’s money train at the time yet only very few them actually worked let alone enhanced anything. Still, a lot of the concepts were cool enough to spark the imagination of even the most cynical grade schooler. Typically they would revolve around some “awesome” new method of control that promised nothing short of stepping into a future world once plugged in. The U-Force had kids waving their hands sans controller into a refurbished battleship folder. Konami’s laser scope was an early attempt at manipulating your game’s actions via voice command. And of course there was the immortal Power Glove which if you’re not familiar with, I’ll probably yap at length about somewhere down the line. These are all still cool in theory if nowhere near practical which brings me to today’s topic: The Light Boy for Nintendo’s original pea green portable system wasn’t some flashy new contraption promising to change the way you played your games forever. Unless of course you considered clear visibility vital to a pleasurable gaming experience. 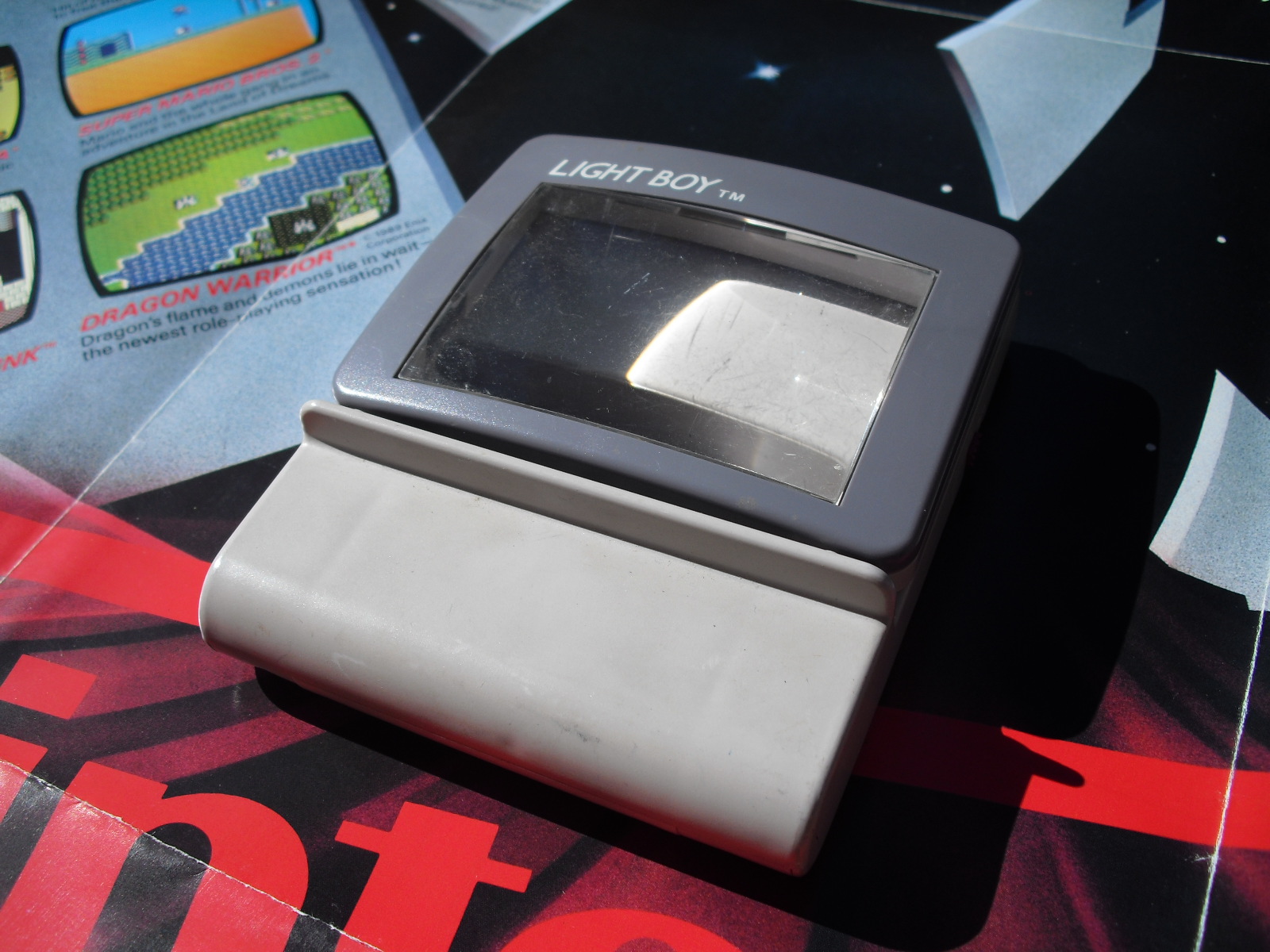 Like every important invention throughout man’s history the basic idea here is a pretty simple one: Let’s make a giant ass magnifying glass with a built-in light bulb that you can latch onto the top of a Game Boy. Boom. And for the most part the end result worked really well! The muddy, blurred out graphics were now slightly larger and brighter thus “easier” to see and playing under the covers late at night was no longer a pipe dream. The first game I remember jumping into once I got my hands on one of these things was Operation C and it really did feel like nothing would ever be the same. I started using it even in broad daylight and after a while no longer viewed it as just any old “attachment.” In my mind this Light Boy had become a full on extension of the original design. It was nice and light and clicked into place really very well. In fact that was probably one of the more impressive aspects of it. That you could play a game while walking to catch the bus, realize it had taken off without you, run like a flailing idiot and that little piece of plastic stayed perfectly in place. I was in love.

But of course every rose has its thorn:

Oh, battery life you are one harsh and cruel, unforgiving ordeal. Now I know what you might be thinking by looking at that photo: “2 Double A batteries? What’s the big issue here, this article blows.” Well there’s no need to be rude and the problem is that those are 2 AA batteries on top of the four necessary to keep the actual system running. That’s SIX total which in 1990 dollars amounted to like…a lot of money. You could only sneak the Duracells out of the TV controller and that weird flashlight in your Mom’s closet so often before it was time to cough up some allowance money. And if there was anything on this Earth more terrible than having to spend allowance money on something you needed, then it must have been awful enough for me to block out of my memory. 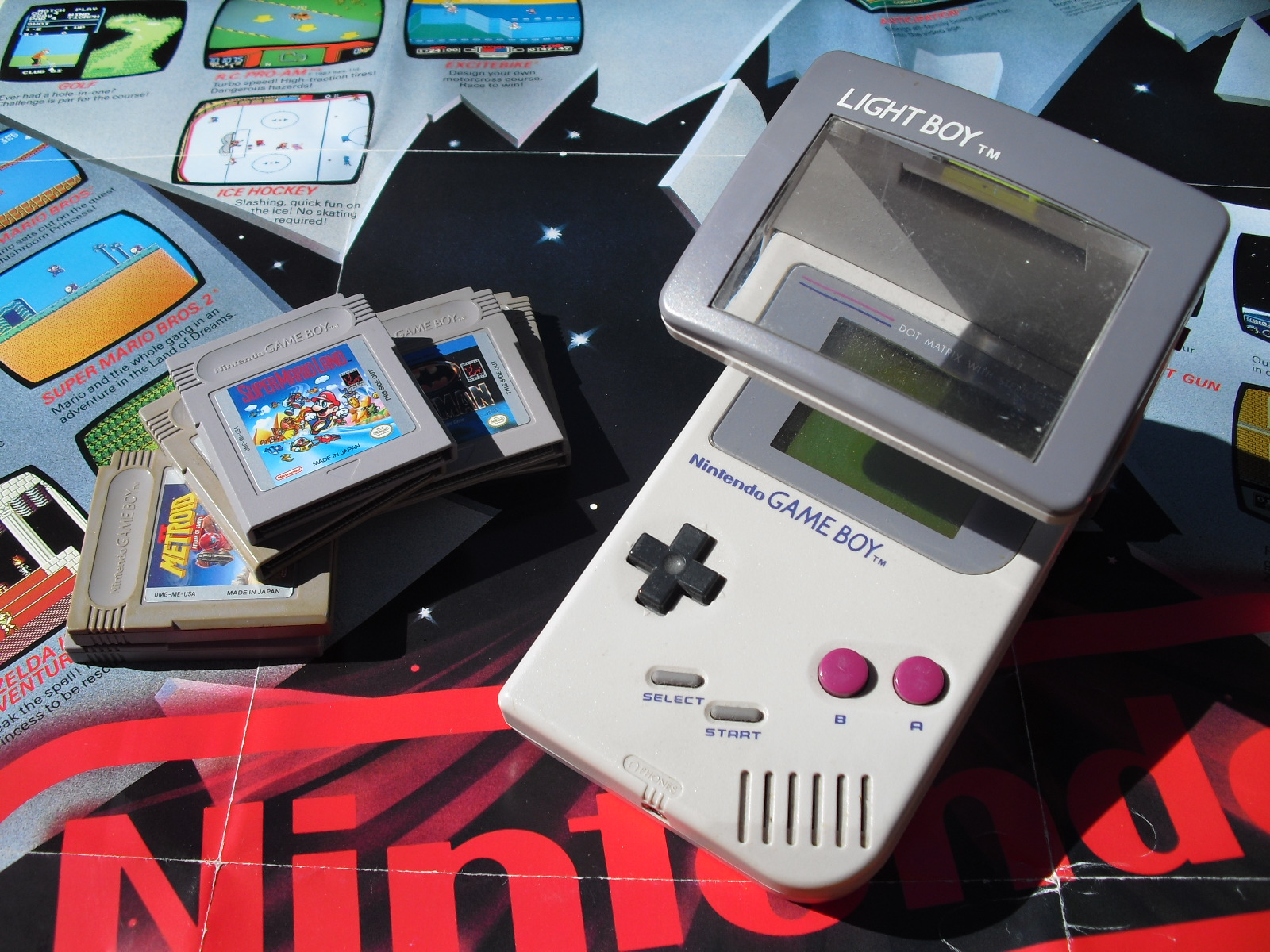 But outside of that one (largely inconvenient) quibble, I really did love my Light Boy. I mean just look at it plugged in, basking in the beautiful glow of a warm, sunny afternoon. It makes the Game Boy look pretty awesome I think and is one of the very few non-game Nintendo purchases that I’ll never regret. So what if it made me look like a kid concerned that I wasn’t getting my ass kicked enough during recess. When I walked around with this thing plugged in I didn’t care what anyone thought of me. I was far too cool to be bothered by such juvenile behavior.

Even though I guess I probably looked more like this: 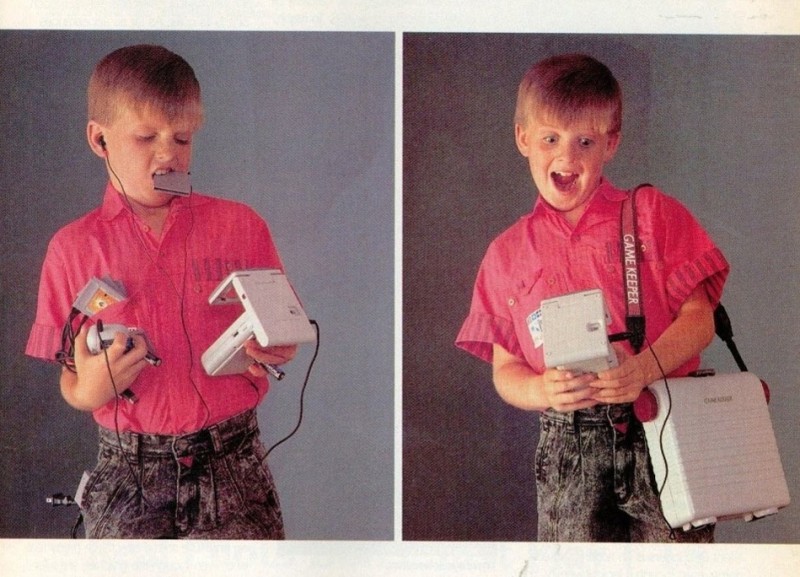