Gunman Clive is a nice, pleasant little Western themed platforming shooter that has been around for a while on other various devices but only (sort of) recently debuted on the 3DS. In it, you take control of the title character as he jumps and shoots his way through swarms of enemies including evil cowboys, pissed off steam engines and ducks. Also, in a bold and creative move the end goal is saving a damsel in distress from someone that’s bad. Predictable yes but honestly if you’re looking for narrative depth in a game called Gunman Clive, go outside and roll around in the grass for a while because life is good. 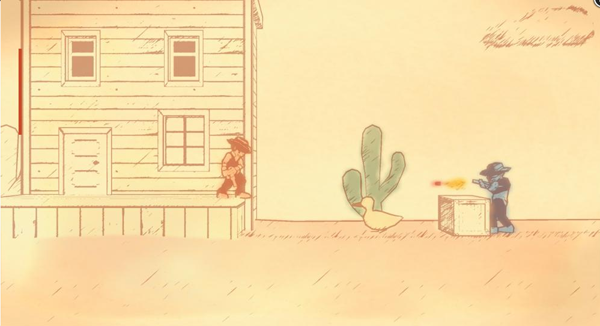 The first thing you notice once firing this mother up is the unique visual style. This “drawing pad” approach to the graphics sort of resembles those old plimptoon shorts I remember confusing my mind with their awesomeness as a kid. It’s a nice, clean effect and for whatever reason really lends itself well to 3D. Who knows, you may even find yourself playing the game with the slider cranked all the way up! Once you’re done oogling at the cool presentation its time to get your chaps dirty with what the mechanics have to offer. This is a pretty straightforward platforming experience that could easily be dismissed as overly simplistic but I think that really works in the game’s favor. There’s some serious charm to the gameplay and it reeks of a polish and refinement that is nothing short of elegant. Heads up, this is gonna be a positive review. 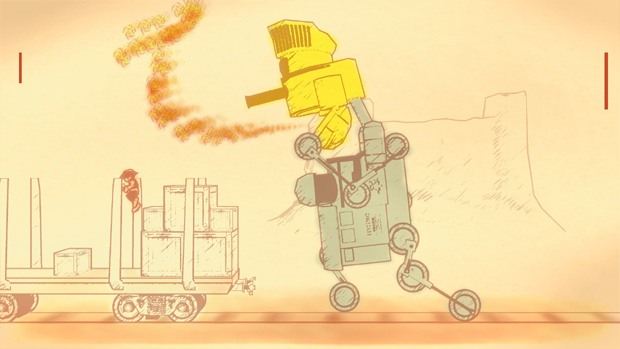 While running from left to right, your little cowboy man has several different powerups at his disposal. In addition to the default pistol, there’s also a spread gun and a “large” singular bullet shot that does some pretty solid damage. More variations to your firepower are introduced as you progress but listing those would actually be kind of a spoiler. Somewhere around the 15th stage there’s a nice twist that takes place which is welcome in that it does a good job mixing things up a bit theme wise. Clive’s movement also feels pretty great. There’s a “weight” to his sprite that goes a long way to alleviate any kind of stress that could manifest from the constant leaping across various chasms. Really, anytime you screw up it will be your fault and not the developer’s which is all anyone should be asking for in a video game. As far as the sound goes, well I honestly don’t know as I’ve only played it with the volume turned off.

See? It looks pretty fun now doesn’t it? If you don’t think so then I guess you shouldn’t buy it probably but I really can’t recommend it enough to anyone with even the slightest thing for sidescrollers. It’s simple without being boring, challenging without being cheap and speaking of which, costs $1.99. Oh, did I forget to mention that? I mean come on, even if you don’t like it I’d say its worth throwing the cost of a slurpee at just to find out.

You’ve had your weird grin stuck in it all afternoon, how do you like Gunman Clive for the 3DS Mr. Face?