Man, for a kid who grew up hating Sega I sure had plenty of guilty pleasures. Quick story: Back when I was in middle school there was a popular pizza joint where everyone hung out that was also home to a really great arcade. Typically, my friends and I would starve ourselves through school and instead bike on over once the bell rang, convert those lunch money singles into quarters and pump them into video game cabinets instead. Around this time, fighting games were all the rage because Street Fighter II and Mortal Kombat had just come out but for whatever reason I was immune to the hysteria. However, as a result of almost every adolescent boy’s unquenchable thirst to beat on each other virtually, just about any machine that didn’t feature one on one combat began to collect dust. I started trying out some of the more obscure stuff and eventually landed on G-Loc. A game that on the surface appears to be little more than an After Burner clone (also courtesy of Sega) but was far, far more satisfying in every way. Great graphics and sound, awesome control resulting in addictive shooting and a fantastic sense of speed all added up to earn the crown for my top arcade game at that time. At least that’s how I remember it. I honestly haven’t seen let alone played this game in about 2 decades.

Hey, remember when I said this would be a quick story? 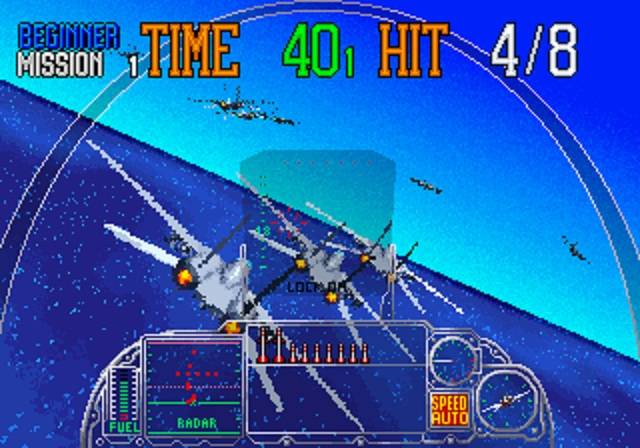 Since I last laid eyes on it probably at around the age of 13, I’d describe it to people and they all had the same response “Uh, you sure you don’t mean After Burner?” and it made me absolutely crazy. NO, it isn’t fucking After Burner, this game’s got a COCKPIT VIEW GODDAMMIT. Only with the help of this article over at Hardcore Gaming 101 and my old buddy ANC, was I able to finally get the right answer. And wow, what a tremendous relief it was to say that word out loud to myself for the first time since puberty: G-Loc. Now…I still have yet to actually go out and track down a machine but rumor has it that there’s one close by in San Jose somewhere. I’m not worried about it at all though because at some point that is so going to happen. Until then, as of today the Game Gear adaptation is available on the Virtual Console for $3.99. I downloaded it immediately and yep, it’s pretty terrible. But I don’t care because I plan on owning this game in every possible form. Yes, I’m well aware that that means I’ll have to someday make space in my living room for this bad boy: 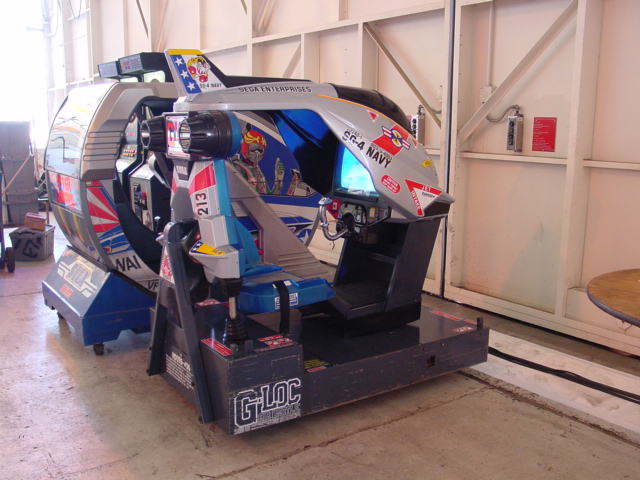 Anyway, I couldn’t find an official trailer or commercial or anything for today’s release but here, prepare to have your mind blown by the intro. You’re welcome: