And boy, are my arms tired!!

In this week’s “you’re getting old” news, it has now been a full decade since Nintendo released their Wii, in effect creating a financial renaissance for the useless peripheral industry. If you were there, you remember: The very thought of flailing around the living room like that Madonna “Vogue” kid while bowling through the TV was all the rage. You were doing it, your parents were doing it and your grandparents were just happy to be included in doing something. The Nintendo Wii was a legitimate cultural phenomenon. And while the company has been through some mighty highs and crippling lows since that motion controlled apex, today let’s celebrate the little waggle machine that could. Here, I’ll go first via vintage low res camera photos:

It was a dark and stormy morning… 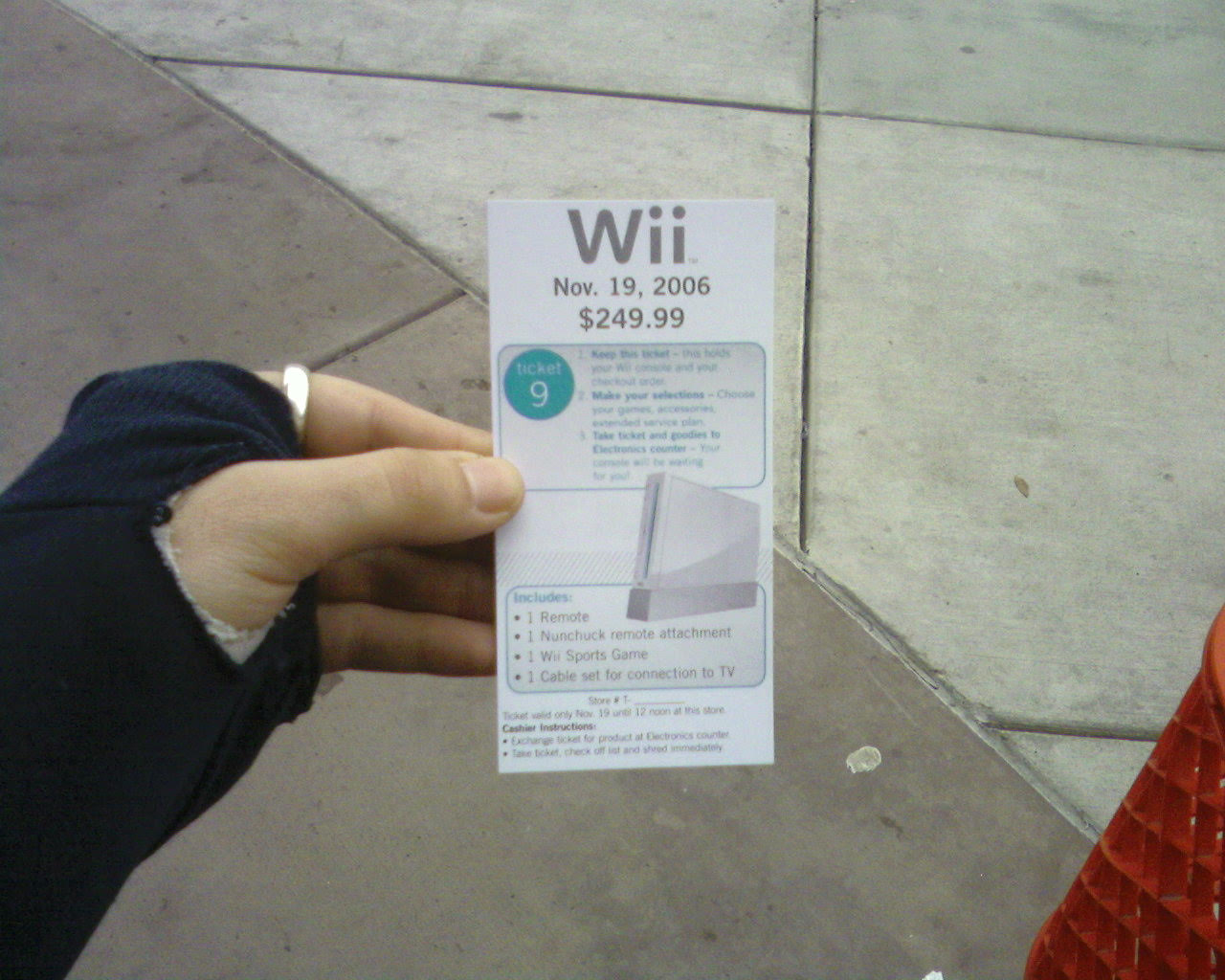 …and I’d been standing in line outside of a Target in my hometown all night. Now I don’t know if any of you have ever found yourself needing to camp out overnight in a sketchy ass neighborhood, but if so you know that that sucks. Once I finally got my hands on the system it was a long, yawn fueled drive back to my place where I unloaded everything and immediately passed out. When I woke up, this was the spread that was waiting for me: 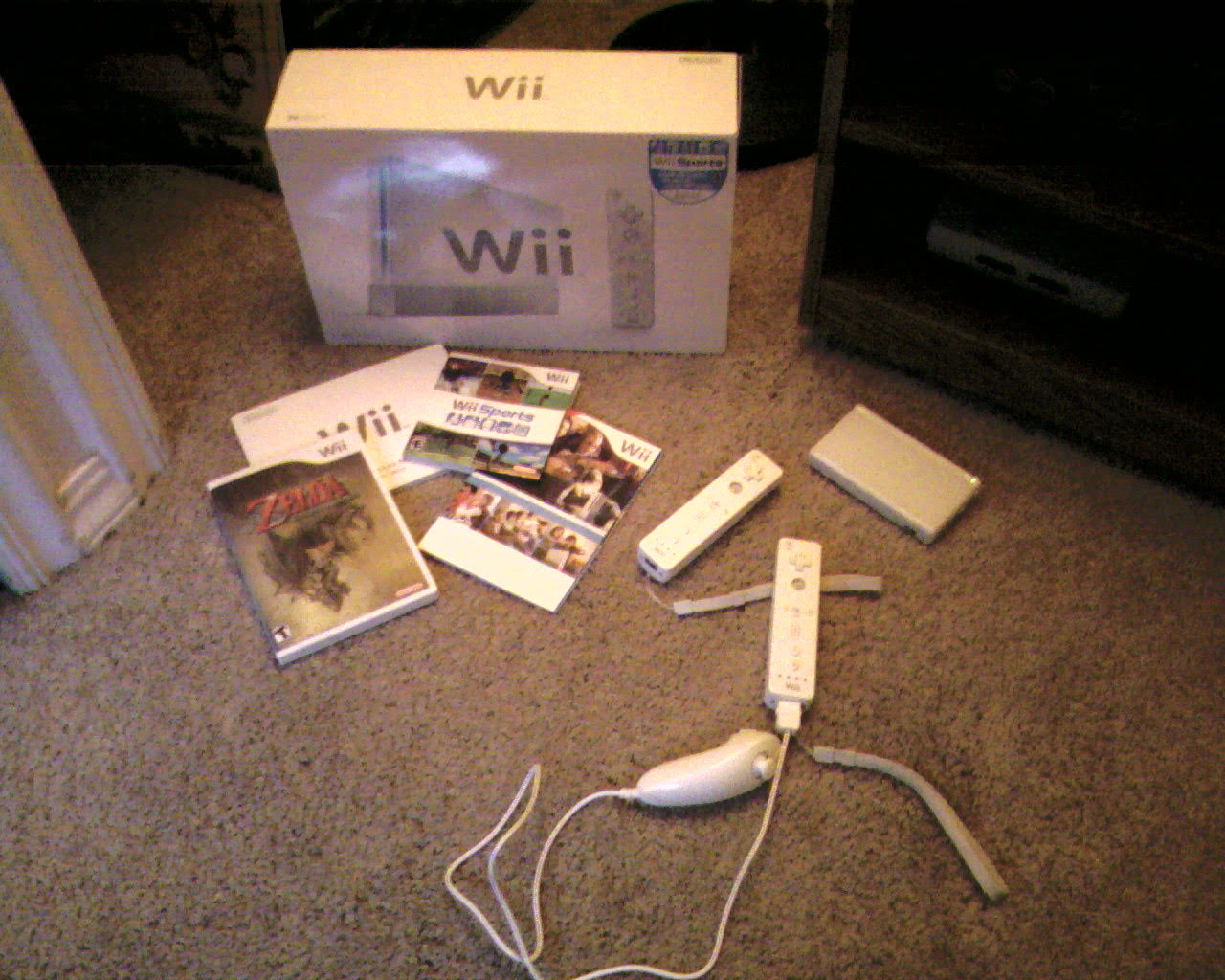 Clearly, that day was a good one. Of course the excitement in getting your hands on a new Nintendo console is a real thing, but there was also a whole new Zelda game to dive into! It’s quaint these days, but man that thrill of swinging your controller in unison with Link slashing a chicken is really one of those “there’s only one first time for this” feelings. 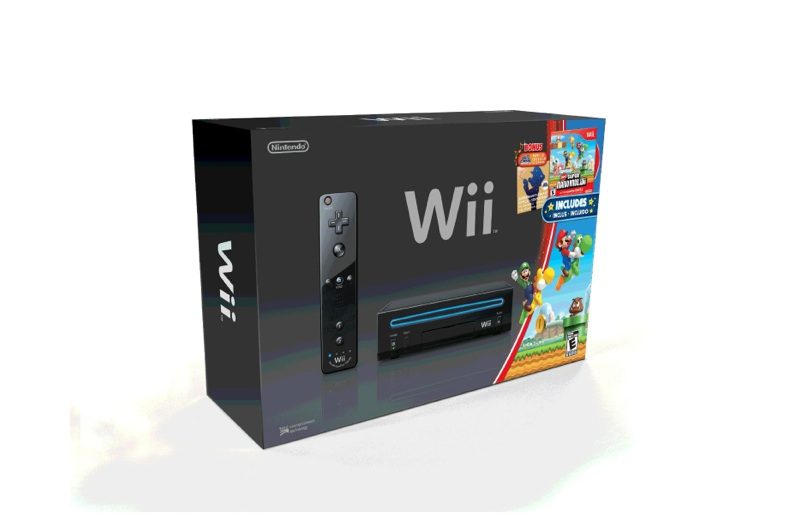 If you really want to relive the whole thing, I’ve gone ahead and dug up the original 2006 thread from the Nintendorks message board which you can check out by clicking right here. After which (or before), please feel free to discuss your launch day memories, favorite software titles, or any other thoughts on the console!