I’m sorry there aren’t at least 20 entries on this list. That’s what I was shooting for, but work’s been busy, and it’s already March, and Grandaddy‘s new album just came out–I have a rule that I can’t listen to 2017 music until I finish my 2016 list, and I really want to listen to that Grandaddy album, so…

Apologies to Chance The Rapper, Tribe Called Quest, Blood Orange, Parquet Courts, The Thermals, White Lung, and a handful of other bands I planned on arbitrarily ranking. If you’re reading this you’ve probably been here before and know the drill: links go to videos, and there’s a big ol’ YouTube playlist at the end (with the exception of anything from Frank Ocean’s Blonde because it’s an Apple exclusive or something). 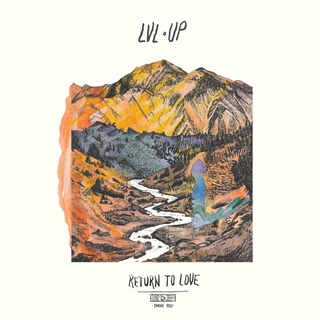 We’ll start with that token album that sounds like 90s indie rock! More than once Return To Love sounds like a long lost Neutral Milk Hotel album. Or maybe a long lost Dinosaur Jr album…Or maybe a long lost Pavement album…Anyway, what makes the album list-worthy is it’s clear they’re not just copying those bands. They have the style and confidence to pull off their own thing, (which thankfully reminds me of some of my favorite bands). 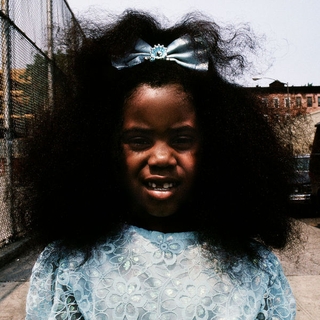 Rubinos released her first album in 2012, and I thought it was a unique bolt of lightning. It blended so many influences and at times reminded me of Fiery Furnaces if they put out a latin funk album. This new album builds on what she started, using her four main ingredients: her cool voice, organs, bass, and funky drums. She does a lot with that recipe, and even though the album is slightly less DIY than her first, that element is still there, and makes me wonder what she could accomplish with better production. 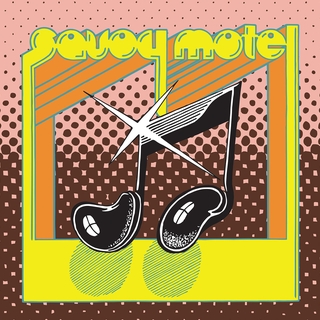 Savoy Motel have a very clear vision: make 70s southern glam rock with a modern twist. And it works. If weird-era Beck covered T. Rex or Captain Beefheart it might sound a bit like this album. Admirably I think the band is more into creating new sounds, and not just rehashing 70s glam. A peek at any of their videos shows they’re committed to this path, and I’ll be very curious how their next album holds up. I like inventing awards, so Savoy Motel wins the “weird gem” award of 2016. 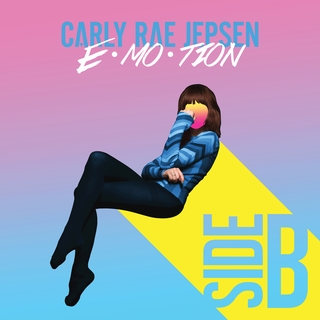 13 Carly Rae Jepsen – Emotion Side B

Last year’s Emotion was one of the best, most pure pop albums I’d heard in a long time. Turns out Carly Rae Jepsen and crew were so prolific at crafting perfect pop nuggets that they had lots of leftovers! Releasing an album of songs that were deemed not good enough for the first album seems a little dubious, but dammit if Jepsen didn’t do it again. I realize saying “Boy that new Carly Rae Jepsen album is great!” is also somewhat dubious, but it is a great album full of 80s pop jams without being overly nostalgic. The fact that these tunes were run-offs makes her, and her albums, all the more impressive. 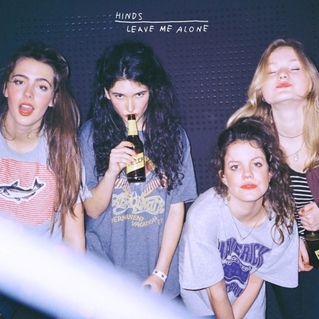 Hinds are four gals from Madrid who play sunny, jangly garage pop. Their album came out in the beginning of January and stuck with me all year. Two things help it stand out. 1) They clearly love music and have fun playing it. 2) Having the two singers trade off vocals sounds really cool. Obviously they aren’t the first band to discover this, but some of the best moments on the album are when their two voices play off each other. 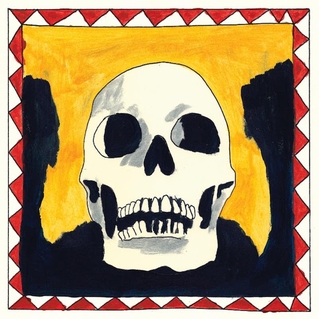 11 Woods – City Sun Eater In The River Of Light

It wouldn’t be a “Best of” list from me if it didn’t have a Woods album on it! I should probably just stop adding them–it’s safe to assume a Woods album is going to be one of my favorite albums of that year. This year gets special mention, though, because they shake things up a bit with hints of reggae and African jazz–like if The Budos Band put out a Woods album. There’s still the sunny catchy tunes, but the subtle funky grooves and horns makes their stew taste better. 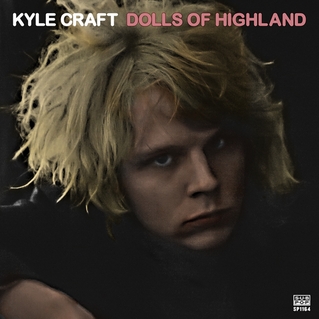 Dang this guy has some PIPES on him. I mentioned above how Xenia Rubinos’s first album was like a bolt of lightning, and that’s what this album was. I’m not sure how to describe it–it’s like if Freddie Mercury released a glam rock album. Or like a long-lost Harry Nilsson album found playing on a swamp bar jukebox. Kyle Craft is clearly living in his own beautifully twisted world, and I’m looking forward to visiting it through more albums. This album gets the “goes for the gusto” award. 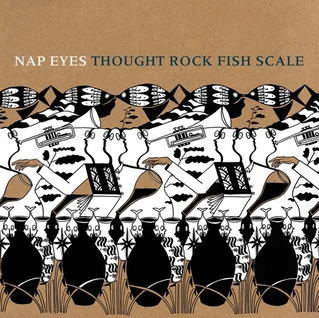 The first song, “Mixer” is a good indication of what you’re in for with this album. The immediate draw for me is the singer sometimes reminding me of Lou Reed and other times Stephen Malkmus–If “Pale Blue Eyes” is one of your favorite Velvet Underground songs, or “Zurich is Stained” is one of your favorite Pavement songs, you’ll dig Thought Fish Rock Scale. Nap Eyes are more than simple paint-by-numbers slacker rock, though; they got their own thing going on, and kudos for winning the “most chill” award. 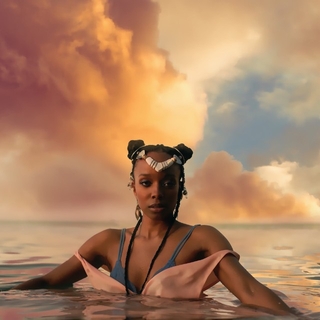 One of my favorite songs of 2015 was “Sunday Candy” by Donnie Trumpet, partially thanks to the chorus sweetly sung by Jamila Woods. She put an album out in 2016, and why it didn’t get more notice is baffling to me. In a year that could use a good protest album, HEAVN was there. Woods doesn’t just dump a grocery list of injustices on you, though. Her smooth voice and playful songs elevate HEAVN to more than “just a protest album”, creating my favorite R&B album of 2016. 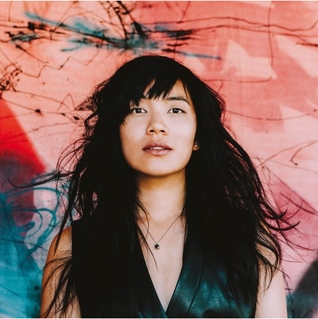 Howwwwww has Thao Nguyen not made any of my lists so far? Her last album, 2013’s We The Common, is still one of my favorites from the past 5 years. I guess that just shows these lists are written on a subjective whim depending which way the wind blows that day. Well I’m not going to make that mistake again, because A Man Alive is another great album. It’s also her funkiest–trading banjo for bass and living up to the “get down” part of their name. If the purpose of a music video is to sell an album and give a taste of what you’re in for, the video for “Meticulous Bird” nails it. 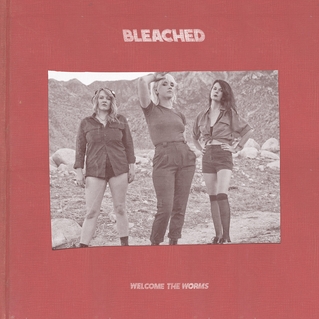 I liked Bleached’s first album back in 2013. It wasn’t list-worthy, but it was a perfectly good, sunny California retro 60s pop/rock album. They even covered Poison Ivy for a single, so I just assumed their new album would be more 60s pop hooks. Nope! Maybe they’re advancing through the decades with each album, because Welcome the Worms is straight up a 70s rock album that would make Joan Jett proud. Lots of cool catchy songs here, and I can’t wait for their third album where they sound like The Go-Gos. 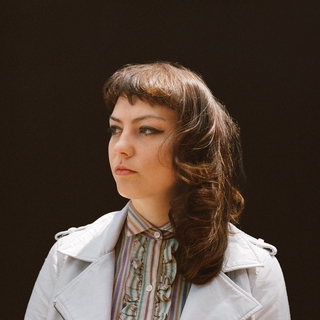 My #1 artist of 2014 returns with an album that is just as good if not better than her last. I recently got Burn Your Fire For No Witness on vinyl, and listening to it again in contrast with My Woman shows how much Olsen has grown into her sound. Fire is kind of stripped-down, dark and brooding tunes with flashes of brevity, and My Woman is brighter, more colorful. There’s still some heaviness in her voice and arrangements, but if Burn Your Fire was her Reservoir Dogs, My Woman is her Pulp Fiction. 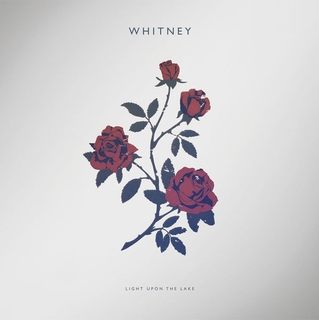 4 Whitney – Light Upon the Lake

Whitney is a guy from the Smith Westerns and a guy from Unknown Mortal Orchestra forming a duo supergroup, and releasing one of the most comforting albums of 2016. Much like Woods, though, you’ll have to get past the falsetto/muffled vocals (and a video of hipsters throwing axes at PBRs probably doesn’t help, either). The vocals work for me–partially because they’re sincere, but also because they fit the songs perfectly. The album is full warm guitar jams, cool horns, and soft, sweet folksy nuggets without an ounce of fat. 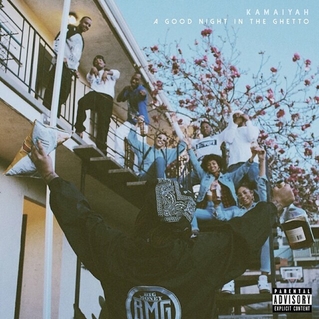 3 Kamaiyah – A Good Night In The Ghetto

Does Kamaiyah use a brick phone and play Nintendo 64 in one of her videos to show how old school she is, or to show how she came from little money? Probably both. Her debut album/mixtape is infectiously catchy, but she does a good job of not overselling or overusing the hooks. While a bunch of the album is about getting fucked up, it’s not all mindless fun–growing up in Oakland, and losing a best friend to cancer are not happy-go-lucky subjects, but Kamaiyah handles them with poise that makes it clear she’s ready for world domination. 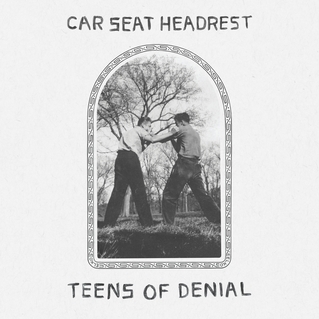 In 2015 I said I couldn’t wait to hear Car Seat Headrest’s new material, and the wait was worth it. The songs stick to you so hard all I need to type is “It doesn’t have to be like this…” and anyone who has heard that song is now singing that line for at least a minute in your head. “Drugs are better with friends are better with drugs are better…” now that one’s stuck in your head! There’s not much to say about Car Seat Headrest that I didn’t say last year so I’ll just repeat myself: I can’t wait for their next one! 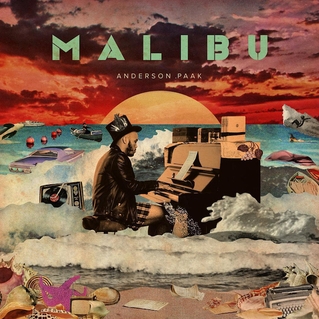 In all senses of the word, this is easily the grooviest album of the year. It has a timeless quality where one song could be on last year’s Kendrick Lamar album, another could be on a 70s Stevie Wonder double album, and the next could be on a 90s hip-hop LP. If “Am I Wrong” doesn’t make you dance in your seat then I don’t know what to tell you.

I had a hard time thinking of what my #1 album would be this year. Either there were a lot of great albums, or none really stood out. I think the reason I put Malibu at the top is because it effortlessly shifts styles without making it sound disjointed, and front to back it’s a really solid record.

Thanks for reading! Here’s a YouTube playlist with some of the above links, and a bunch more songs from albums I enjoyed in 2016: