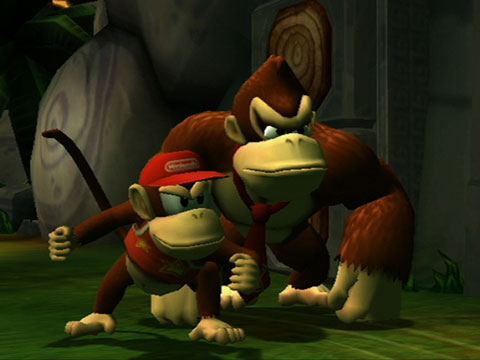 This year has been really strange for me. I am a pretty big nerd, and as such, I like things. That’s the definition of a nerd, to me, by the way. Somebody who just frickin’ likes something, even when other people say: “that is a dumb thing to like.” The thing about liking some things, though, is that you have to understand that you may never get more of that thing. While I wish more things were similar to food, some things aren’t like food: there are no seconds, or thirds, or midnight fifths you eat in the dark while crying. I really enjoy the film Tron. I won’t qualify this statement with a douchey hipster diatribe, but suffice it to say, this film and I are on great terms. I’ve defended it for years! I thought, “well, that was neat. Disney made a pretty neat-o film, but it was such a failure that I’ll bet they never in a million years consider a sequel.” However, it’s THIS YEAR, and for some reason, Disney is making a sequel and deciding to make it the way I would, with neon, and Jeff Bridges, and Daft Punk. I really liked Sin and Punishment, an N64 game that only came over to America via the virtual console or that weird sketchy foreign video game store down the street. WHAMMO HERE’S A SEQUEL, KEVIN. Mario Galaxy…2! ET CETERA ET CETERA.

Then I went to E3, and, like you all, I was astonished that not only were we going to get one, it was going to be made by Retro, Nintendo’s new Rare-esque sexy girlfriend. At E3, I played a little Donkey Kong Country Returns, and watched a little more, and came away with a sense of genuine excitement. It was beautiful! It was fun! It was difficult!

I got the game last week, and I’ve put in a good chunk of time with it, and it is pretty damn great. Again, being a nerd in the twenty-first century means that your childhood is repeatedly molested, over and over and over again. But, here Retro has really made a DKC game that does everything it needs to do. Have you played one of the original games recently? I have, and on a non-HD tv, to really recreate the experience. The games are ugly, and while they’re difficult, the level design is incredibly uninspired. Two bees, stacked on each other? A barrel that just pumps out snakes? Kiddy Kong? Yeesh. (Aside: Yoshi’s Island came out a month before Diddy’s Kong Quest)

Well, Donkey Kong Country Returns is the game that these should have been. The music is there, but sounding better than ever. The characters control well, and the same challenging platforming sections are around every corner. This time, however, the levels are more dynamic, and the villains much more interesting. There’s a sense of humor, a freshness, and more than once I made an awkward audible noise of delight. Maybe I’m just easy to please, but I am having a lot of fun with this game. There’s an homage to that shitface Billy Mitchell, too!

It’s not all sugar and roses. I, like many others, wish that they had included classic controller support, and I maybe the waggle is a little finicky sometimes. The two-player coop mode has already been banned in my apartment, similar to New Super Mario Bros. Wii (shudder). It’s hard, but in a way that games are allowed to be hard, not cheap, but honest. When I die in a mine cart level, I want to try it again. No throwing Wii remotes.

I really recommend it, it’s taken the edge off the 3DS delay. I think I’m a dying breed of video game player, but Donkey Kong Country Returns represents the exact type of game I have time for in my old age, a solid platformer I can put fifteen blissful minutes into before returning to my sad, bleak existence.